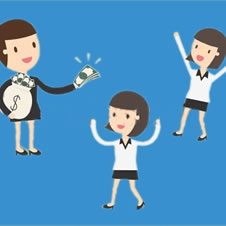 As most readers will know, the government have announced new legislation which will be coming in April 2016, taxing dividends which have a significant effect on owner/managed businesses who withdraw basic salary of some £8K per annum and take the rest of their remuneration via a dividend.


The so called £5K free level actually utilises the basic rate band. However, with the new personal allowance level of £11K from April 2016 there will be a further £3K available of relief (£11K-£8K salary).


This leaves the rest of any dividends drawn up to the top level of basic rate only subject to tax. This will mean that every individual will have an extra tax bill of £1425 per annum if they draw dividends to the basic rate level.


With this new legislation taking effect from April 2016 there may be a case for drawing additional dividends from your Companyâs before the 31 March 2016, assuming there are available profits or retained profits from earlier years.


Each individual case will be different dependent upon the levels of other income but we will be assessing the changes upon our clients in the coming months and advising what each individual should particularly be doing before March 2016.


There is a case for reallocation of shares within a Company where with a husband and wife Company where one spouse is not using their full allowances although obviously there are other implications like capital gains tax but this tax could be relieved by what is called holdover relief.


In addition there is also a case for introducing different types of shares, Alpha shares, B, C or D shares etc. which are only income earning shares. Again, we will be looking at the significant effects of this for each individual as time goes by.


If you have any particular problems, please do not hesitate to telephone either myself, Sebastian or Nicholas for appropriate advice.