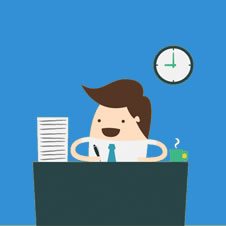 Payroll working in the public sector

Although these new measures which are in some ways further addressing the reform of IR35 do not apply to many of the firm's clients it certainly applies where clients are working in the public sector and where you use a personal service Company as a legal umbrella for the receipt of the income.

The important matter to note is that the new legislation puts the onus on the engager (the person you are working for) to determine whether the new rules apply and not you.

The measures apply to payments after 6 April 2017 and will affect contracts entered into before 6 April 2017 and operating after that date. Public authorities and agencies and third parties supplying workers need to consider existing contracts and to prepare for the change.

Basically, you go on the payroll of the public service authority and income tax and national insurance is deducted as though you were an employee. This does not create pension obligations on the public-sector agency or third party. The intermediary legislation is a set of rules and will affect your tax and NIC if you are contracted to work for a client through an intermediary.

The intermediary can be:

Where the new rules apply the person paying the fee to the intermediary for the work of services, is treated as an employer for tax, NIC and employment allowance purposes.
The responsibility lies with the engager and there is a new employment status service online tool provided by HM Revenue & Customs to help people to decide whether the new rules apply.

Therefore, where a public authority agency or third party the fee payer makes a payment to the workerâs intermediary on or after 6 April 2017. It decides if the rules apply and then deducts tax and primary national insurance from the payment it makes and pays employers national insurance as calculated in the apprenticeship levy. The VAT exclusive amounts must be accounted for through Real Time Information (payroll) in the same way as for an employee. The change does not affect employment rights available to the worker.

Then the workerâs intermediary umbrella Company or whatever is able to set against its own employment tax and NIC liability in the tax year an amount equivalent to the employment tax and NIC deducted from payments to it from the fee payer.
At the present there is a 5% deduction currently available to intermediaries for notational expenses but this will no longer be available.
This therefore applies to payments after 6 April 2017 and also for contracts entered into before 6 April 2017 and operating after that date. As already stated the public ??? does not create any pension obligations or occupational stakeholder pensions.

1. A worker personally performs services or is under obligation to personally perform services for the client.
2. The client is a public authority.
3. The services are provided under circumstances where its contract has been directly with the client the work would be regarded for income tax purposes as an employee of the client or the holder of an office with the client.
4. The work is actually an office holder with the client.
The payroll working in a public sector legislation imposes the same employment status test. The person paying an intermediary must look at the arrangements under which the worker provides the services to the client. If applying the employment status test to that engagement shows they would have been an employer of the client but for the existence of the intermediary (service Company or whatever) then the engagement is caught by the new rules. A new employment status service provided by the HM Revenue & Customs will help people decide whether the rules apply.

This is currently being tested privately and a version will be made available to the public before 6 April 2017.
Important - the amount treated as earnings is a VAT exclusive amount paid to the workers intermediary.

1. The amount of the payment less the amount if any of VAT.
2. Deduct so much of that as amounts to direct cost of material used or used in performance of services.
3. Deduct an amount as represents expenses that would have been deductible if the worker had been the clientâs employee and expenses had been met by the worker out of those earnings.
4. If the amount is nil or a negative amount there is no deemed payment.

The measures do contain provisions against double taxation:

Example: John works through his own PSC John Ltd has ??? in a six month engagement with a public authority. The public authority will consider the status of the Contract, for example:

i) Is John required to supply his own equipment?
ii) Does John work under the direction of a senior manager?
iii) Where flexible working hours are available the time has to be agreed off with the manager.
iiii) In Johnâs Company John draws a salary through the Company payroll but tax and national insurance are not deducted equivalent to the salary which has been taxed through the public authority.

From the public authority John would receive a net payment after tax and national insurance had been deducted and also would receive the VAT charged for the services provided at the end of the year. At the year end John is paying income tax on income going into his Company. This is disregarded when calculating the deemed employment payments due for the Company. This ensures John does not pay tax twice. Johnâs accountant! then includes the income from the engagement with the public authority with the other deemed employment payments received in the employment section of his self-assessment Tax Return.